USP30 is a mitochondrial-associated DUB and a negative regulator of mitophagy. Inhibition of USP30 activates mitophagy, which results in increased degradation of impaired mitochondria in lysosomes.

A number of primary mitochondrial diseases involve renal symptoms. For example focal segmental glomerulosclerosis, a condition in which scar tissue develops on the parts of the kidneys that filter waste from the blood, is present in some patients with MELAS/MIDD, and in Coenzyme Q10 deficiencies tubular dysfunction is also present. Our in-house data provides strong evidence of tubular and glomerular USP30 protein expression and published data from McWilliams et al 2016 shows high levels of mitophagy in proximal tubule epithelia. Mitochondrial dysfunction is strongly implicated in the pathogenesis of acute kidney injury (Agarwal et al 2016).

Scientific and clinical studies have demonstrated that insufficient or impaired mitophagy – a process where dysfunctional mitochondria are selectively cleared from the cell – is involved in IPF pathogenesis (Kurita et al Respiratory Research, 2017 18:114). Insufficient mitophagy in IPF has been implicated in both increasing apoptosis and cellular senescence in epithelial lung cells and enhancing fibrogenic myofibroblast differentiation in lung fibroblasts.

There is a significant unmet medical need for the treatment of IPF, as current therapies are limited to reducing certain symptoms only.

Therefore activating mitophagy through USP30 inhibition has the potential to be a promising therapeutic approach for treating both renal injury/fibrosis and IPF.

IPF is a specific type of lung fibrosis that is a chronic and ultimately fatal disease. Over time, tissue deep in the lungs becomes scarred, resulting in a progressive decline in lung function and shortness of breath.

There are currently no cures for IPF, with the majority of people living 3 to 5 years after diagnosis. 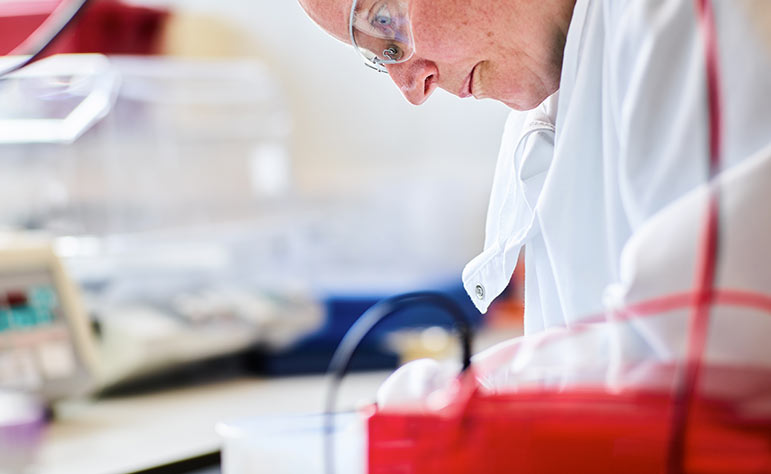